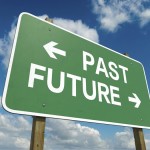 “But you accepted this risk last year!”

How often do underwriters hear that? Often, a risk that was accepted last year is declined this year even though it appears nothing is changed. Sometimes the reverse happens. You’ll hear that something they declined from you last year was just accepted this year, and even worse, through another agent or PEO.

Why do underwriting standards change? What causes this?

These are constantly spiraling upward. Rather than reducing them, as originally intended, it is now apparent that the “Affordable Care Act” has nearly doubled the cost of medical care. This comes from numerous sources but seems to be centered around increased paperwork, taxes and administrative cost.

The cost of a cut finger nearly doubled, according to our PEO Pros actuarial staff, going from $300 with a $20,000 reserve up to $550 with a $40,000 reserve. The reserves are set based upon actuarial history of re-opened claims that involve further medical attention, lost wages and of course, (the big one) legal expenses.

Carriers will often change direction of work covered due to numerous reasons. Some of those reasons include a change in ownership, change in AM Best rating, and determination of risk management spread. The company actuaries determine the optimum “spread” of risk, often called a “balanced portfolio.” The ideal balance is a mix of high risk (higher premiums), medium risk (moderate premiums) and low risk (very low premiums.) If a company finds itself unbalanced in one particular area it is a good business practice to shift the underwriting back to the proper balance.

The NCCI relies not only on actuarial data but also on pressure from the various state boards that regulate workers’ comp. This can often lead to a negative situation. For example, for years in Florida, small contractors were complaining that they couldn’t get workers’ comp policies. “Fine.” the politicians replied, “We’ll lower the rates.” Unfortunately this has the opposite effect. Lower rates mean more risk and less profitability for comp carriers so they are in fact more likely to decline a small contractor. In fact, raising the rates would increase the possibility of a small contractor getting approved, but no politician wants to be the one who “raised the rates.”

Many states are “administrative”, which means the rates per code are set by the National Council on Compensation Insurance (NCCI). In other states, the rates are approved by the state workers’ comp board. Getting a rate change in those states can be a long and cumbersome experience.

In either case, a carrier can find themselves in a different balance situation when rates change. Obviously this can affect the appetite for particular codes.

In a code/rate change situation, the powers that be (including the actuaries) of the carrier may be pushing for a change in underwriting standards.

Even though great strides have been made to limit how much lawyers can charge in representing an injured employee (including some precedent setting court cases) the expense of legal fees have continued to spiral upwards. Naturally, this can have an effect on underwriting standards.

One particular effect, known in the industry as the “TV effect”, is the attraction of certain kinds of accidents, incidents and injuries to the media (such as anything aviation related, for example), that is causing many carriers to shy away from those lines of employment. The belief is that high profile accidents and injuries attract the media (seeking ratings) which then attract lawyers (seeking improved public awareness of their services), and therefore those relatively safe (from an incidence and occurrence standpoint) codes become classed as high risk, due to the increased likelihood of expensive legal fees.

This can be directly related to the above paragraph but there are also situations where certain governmental type institutions will become ineligible to certain carriers. Municipalities, for example, have an unusually high percentage of suspected fraudulent claims. In particular, in the last few decades, there is an alarming trend to treat the workers’ comp insurance as “100% health coverage”, simply by claiming the accident occurred at work. Since an increased experience mod does not directly impact municipal officials (it’s not their money, they just pass the expense on to tax payers) the incentive to reduce fraudulent claims is removed. Legislation has been added to address this but it is self defeating, as after all, who enforces it but the government officials? A dilemma to say the least.

By far the biggest factor in underwriting guidelines is available surplus capital. All states require a carrier to carry a certain amount of surplus capital to offset catastrophic losses. If surplus is low, underwriters will be directed tighten up the risk window until more surplus can be found. On the other hand, when there is adequate surplus, carriers will be more likely to expand the riskier parts of their balanced portfolio.

These are just six reasons a carrier can change underwriting standards. If there are any we have missed, please use the contact form below to help us improve this article.