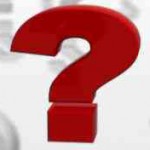 Why does a PEO need an insurance agent for their master workers’ comp policy? What does an agent or agency know that they don’t?

Why not just go direct? Cut out the middle man! Doesn’t it cost more money to have an agent involved?

Sounds good but in “real life” things don’t work out that way.

Here are some myths exposed about using an agent in the PEO Master Policy process:

Myth #1: Using an agent will cost the PEO money
Sounds reasonable doesn’t it? After all, the agent gets a commission and it’s a zero sum game isn’t it?

No it’s not. Carriers pay commissions to internal sales people if there is no agent involved, since the commission is already budgeted in to program costs. Also, an agent can negotiate a better deal, not having to worry about conflict of interest problems.

We recently examined two similar, master policy with a captive type deals from the same carrier. One with an agent, one direct. Guess which deal had more profit built in for the PEO. Go ahead. Guess.

Myth #2: The agent doesn’t do anything except for initial binding and renewals.
This one may have some truth in it. These agents are called “Star Trek” agents. They “beam in” for the renewal and then “beam out” again, not to be seen again until next year’s renewal. These agents don’t hold on to clients very long.

A good agent, with a good agency, will provide support on almost a daily basis. Processing new client submissions, advising on risk management, issuing certificates, etc, are all functions of a healthy agency in the PEO / carrier relationship.

Myth #3: Agents can’t help out with problems
Who is better to act as a third party negotiator but your agent? Licensed and trained to do so, an agent, with the power of their agency (and their book of business) often has significant leverage with a carrier, and can greatly influence the outcome of disputes. Certainly it always helps to have another view point in a disagreement.